e1936 CONSTITUTION OF THE USSR

THE ORGANIZATION OF SOVIET SOCIETY

ARTICLE 1. The Union of Soviet Socialist Republics is a socialist state of workers and peasants.
ARTICLE 2. The Soviets of Working People's Deputies, which grew and attained strength as a result of the overthrow of the landlords and capitalists and the achievement of the dictatorship of the proletariat, constitute the political foundation of the U.S.S.R.

ARTICLE 3. In the U.S.S.R. all power belongs to the working people of town and country as represented by the Soviets of Working People's Deputies.
ARTICLE 4. The socialist system of economy and the socialist ownership of the means and instruments of production firmly established as a result of the abolition of the capitalist system of economy, the abrogation of private ownership of the means and instruments of production and the abolition of the exploitation of man by man, constitute' the economic foundation of the U.S.S.R.
ARTICLE 5. Socialist property in the U.S.S.R. exists either in the form of state property (the possession of the whole people), or in the form of cooperative and collective-farm property (property of a collective farm or property of a cooperative association).
ARTICLE 6. The land, its natural deposits, waters, forests, mills, factories, mines, rail, water and air transport, banks, post, telegraph and telephones, large state-organized agricultural enterprises (state farms, machine and tractor stations and the like) as well as municipal enterprises and the bulk of the dwelling houses in the cities and industrial localities, are state property, that is, belong to the whole people.
ARTICLE 7. Public enterprises in collective farms and cooperative organizations, with their livestock and implements, the products of the collective farms and cooperative organizations, as well as their common buildings, constitute the common socialist property of the collective farms and cooperative organizations. In addition to its basic income from the public collective-farm enterprise, every household in a collective farm has for its personal use a small plot of land attached to the dwelling and, as its personal property, a subsidiary establishment on the plot, a dwelling house, livestock, poultry and minor agricultural implements in accordance with the statutes of the agricultural artel.
ARTICLE 8. The land occupied by collective farms is secured to them for their use free of charge and for an unlimited time, that is, in perpetuity.
ARTICLE 9. Alongside the socialist system of economy, which is the predominant form of economy in the U.S.S.R., the law permits the small private economy of individual peasants and handicraftsman based on their personal labor and precluding the exploitation of the labor of others.
ARTICLE 10. The right of citizens to personal ownership of their incomes from work and of their savings, of their dwelling houses and subsidiary household economy, their household furniture and utensils and articles of personal use and convenience, as well as the right of inheritance of personal property of citizens, is protected by law.
ARTICLE 11. The economic life of the U.S.S.R. is determined and directed by the state national economic plan with the aim of increasing the public wealth, of steadily improving the material conditions of the working people and raising their cultural level, of consolidating the independence of the U.S.S.R. and strengthening its defensive capacity.
ARTICLE 12. In the U.S.S.R. work is a duty and a matter of honor for every able-bodied citizen, in accordance with the principle: "He who does not work, neither shall he eat."

THE ORGANIZATION OF THE SOVIET STATE 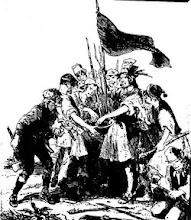